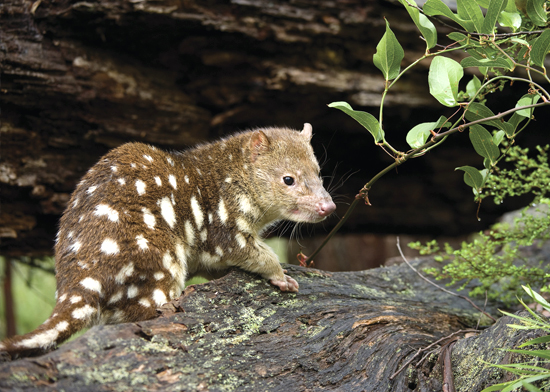 Thousands of koalas, quolls, and gliders will be killed each year if the NSW government scraps our land-clearing laws.

Nationals MPs, developers and big agribusiness are behind a plot to let landholders trash our precious woodlands and urban bushland by weakening up nature conservation laws, unleashing a new wave of habitat destruction. Premier Baird's new Biodiversity Conservation Act will:

Without urgent action, many of our native wildlife species, including the iconic koala, will become extinct within our lifetime. By tearing up our land-clearing laws, farmers will find it harder to provide food and fibre sustainably, especially as our state becomes hotter and drier due to climate change.

Our laws have saved thousands of native animals

Ecologists have calculated the Native Vegetation Act has prevented more than 1 million animal deaths over 10 years. That's more than 100,000 native animals who have escaped death each year thanks to our strong land-clearing protections. If Premier Berejiklian lets the bulldozers loose, our threatened wildlife will pay a heavy price.

It's not just trees and wildlife in rural areas that are in the Liberal-National government's sights. Bushland remnants in Sydney and towns across NSW are also at risk. The new laws will fast-track the destruction of bushland in our suburbs by allowing developers to destroy habitat in exchange for flawed biodiversity offsets.

Strong land-clearing controls underpin Australia's international promise to cut our greenhouse gas emissions. Taxpayers are now paying landholders more than $350 million from the Turnbull government's Emissions Reduction Fund to have then leave trees in the ground, so it makes not sense for the Baird government to encourage farmers to resume broad-scale land clearing.

Making it harder to farm the land sustainably

Healthy landscapes secure the future for farming. Retaining bushland helps prevent the loss of top soil, keeps our rivers and estuaries healthy, reduces salinity and encourages rainfall. By allowing broad-scale land clearing to resume, Premier Berejiklian will make it even harder for farmers to produce sustainable food and fibre in the face of a hotter, drier climate.

Nationals MPs must not shred our nature laws

If big agri-business and the radicals in the NSW Liberal-National government win the day, it will be a disaster for our koalas, gliders and woodlands. Our Premier is asleep at the wheel on this issue and is letting extremists in his government rewrite environment law for NSW.

We have a solution!

We have an alternative plan that will protect and enhance: